ABOVE: This photo was taken from the platform at Geelong looking south towards the tunnel. The signalbox on the right was Geelong B box

ABOVE: an up pass exits the tunnel and arrives at Geelong, 1980.

ABOVE: F 211 shunts GY's loaded with briquettes between Geelong and Maitland Street signalbox as construction continues of the
overpass that resulted in the abolition of Maitland street, 1980 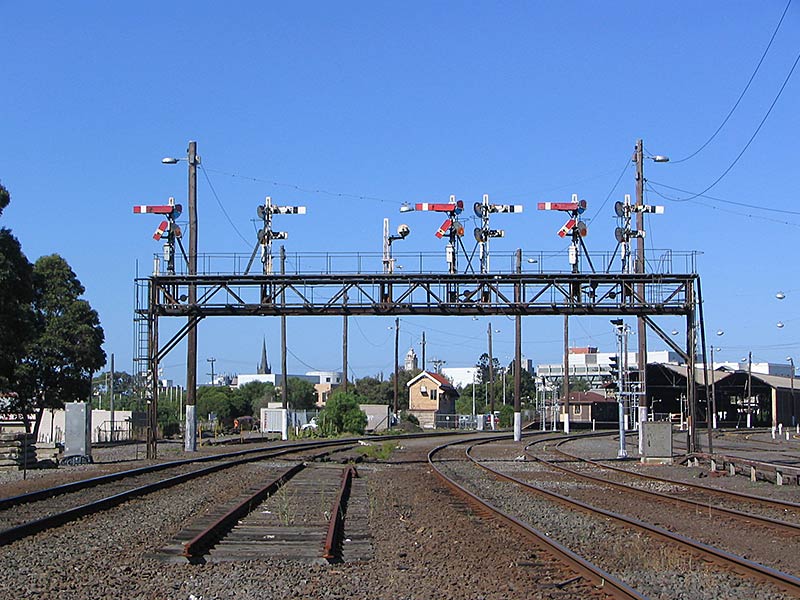 Maitland Street box controlled a set of interlocked gates at Maitland street just north of Geelong station.
The grime on the front of the signalbox is the result of years of arriving passenger trains making their final brake applications
as they approached Geelong platform. The interlocked gates and signalbox were abolished Aug. 6 1982 as a result of an overpass being built.
Photo date 1980.

ABOVE: An up pass sits at South Geelong station, 1980.

feel free to email me with any corrections or comments